All Firebird Firework Displays will include a selection of the following fireworks:

Roman candles are an important part of the display as well as being a traditional English firework. Each candle produces streams of coloured stars, mini shells or effects continually, reaching heights of forty to fifty feet.

Mines come supplied in their own mortar, and are fired from the ground upwards in the same way as shells. They project a shower of coloured stars and effects directly from the mortar.

Shells are probably the most popular type of firework and certainly the most exciting. Fired from a mortar, an explosion called a lifting charge propels the shell several hundred feet into the air where it explodes to create a massive coloured star burst effect. Shells range from two to ten inches. 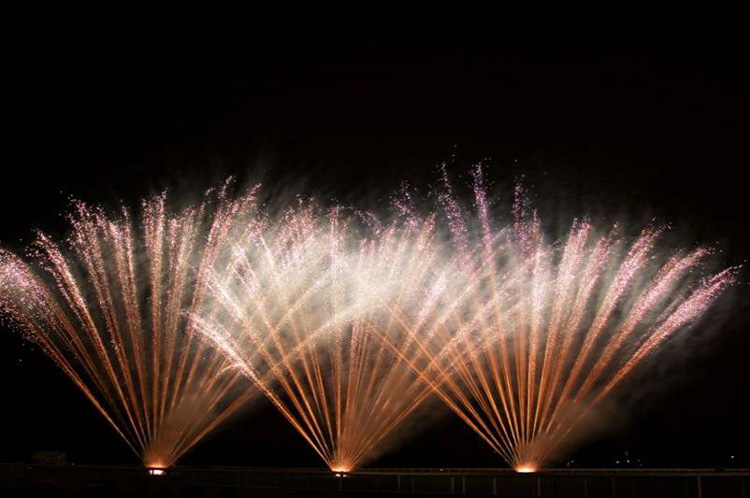 These are basically larger numbers of small mortars packed together into a “cake” which fires mini shells in rapid succession, producing a vast assortment of colours, stars, bombs, bangs and whistles.

Lancework is the use of hundreds of mini jets arranged and fused to create words and logos. The design will burn for about one minute. Your audience is sure to be thrilled by your customised message – a very effective way of a saying “Goodnight”.